What is tremor?
Tremor is an involuntary, rhythmic muscle contraction leading to shaking movements in one or more parts of the body. It is the most common movement disorder. It most often affects the hands but can also occur in the arms, head, vocal cords, torso, and legs. Tremor may be intermittent (occurring at separate times, with breaks) or constant. It can occur sporadically (on its own) or as a result of another disorder.

Tremor is most common among middle-aged and older adults, although it can occur at any age, even in childhood. This disorder generally affects men and women equally.

What causes tremor?
Tremor is caused by faulty coordination of movements by brain structures such as the basal ganglia and cerebellum. Some types of tremor can run in the family or be genetic, but most often they are not.

Tremor can be due to medications, but not limited to caffeine, albuterol, lithium, and some seizure medications, and anti-depressants. It can also be caused by metabolic conditions such as alcohol withdrawal, abnormal thyroid function, liver or kidney disease, or anxiety.

How is tremor treated?
The treatment of tremor is largely dependent upon the cause of the tremor and can be quite varied. Treatment is the first aimed at treating reversible causes, like medication and lifestyle adjustments. Other non-medical treatments include the use of adaptive equipment or occupational therapy. Medications may be used as well if the tremor remains bothersome. Botulinum injections can be used for certain tremor, especially for tremors of the head and neck. Other types of tremor may require surgical intervention.

What can I expect?
Tremor is not life-threatening, but it can interfere with daily work and life tasks. Tremor can also be socially bothersome and can cause people to limit their activities to avoid being embarrassed or self-conscious.

Tremors due to a neurodegenerative condition will typically worsen with age. However, functional tremor, drug-induced tremors, and physiologic tremors do not typically worsen over time and can actually improve or resolve if the underlying cause is treated.

Where can I learn more?
International Essential Tremor Foundation

Are you a person with Parkinson Disease living alone?
Check out the Parkinson's Foundation's newest resource:
The PD Solo Network 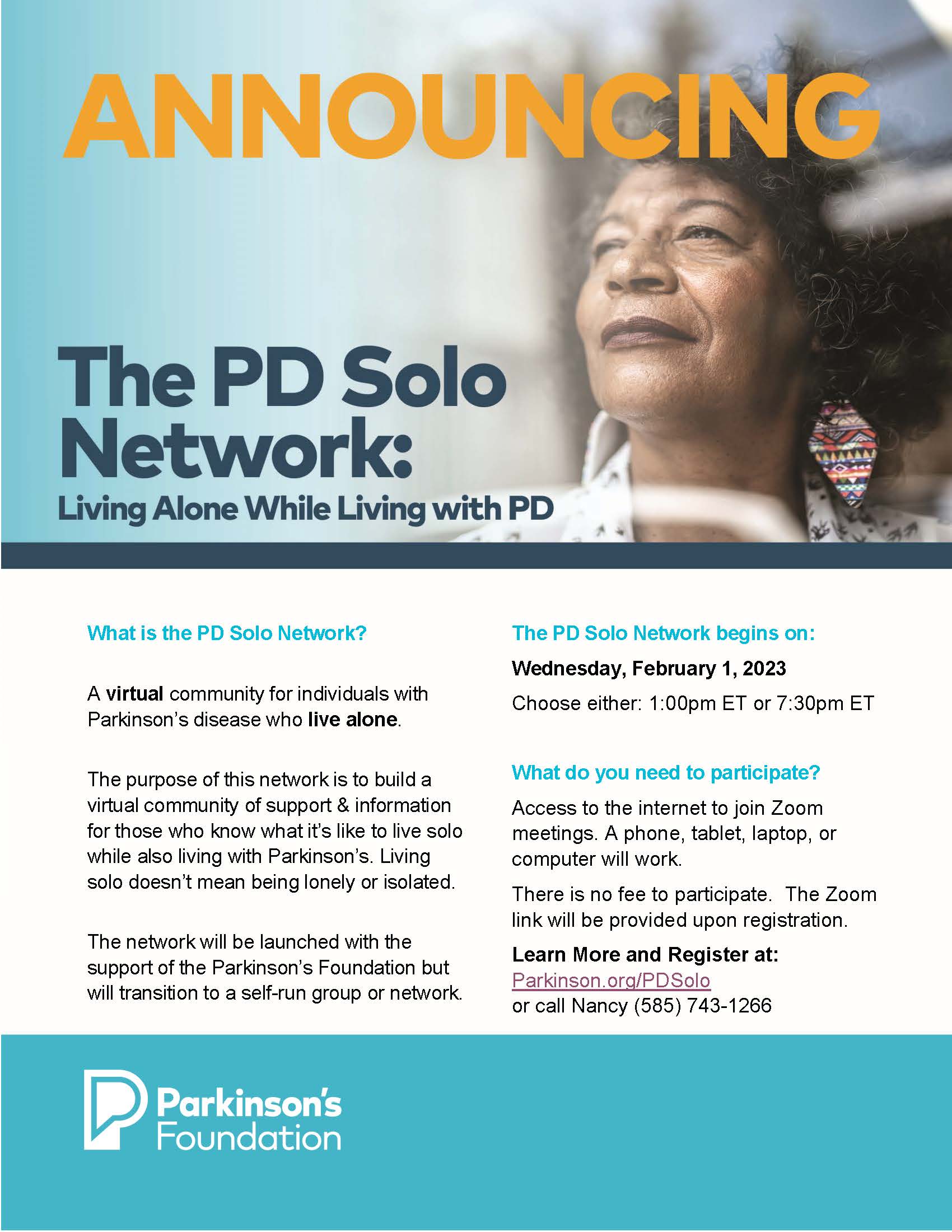