The University of Colorado Movement Disorders Center received an award from the Parkinson’s Foundation for the Highest Team Participation for the Parkinson’s Foundation Palliative Care Education Course. The award was presented at this year’s COE Leadership Conference and was accepted by Ryan Khan, a chaplain who works closely with our Palliative Care team. 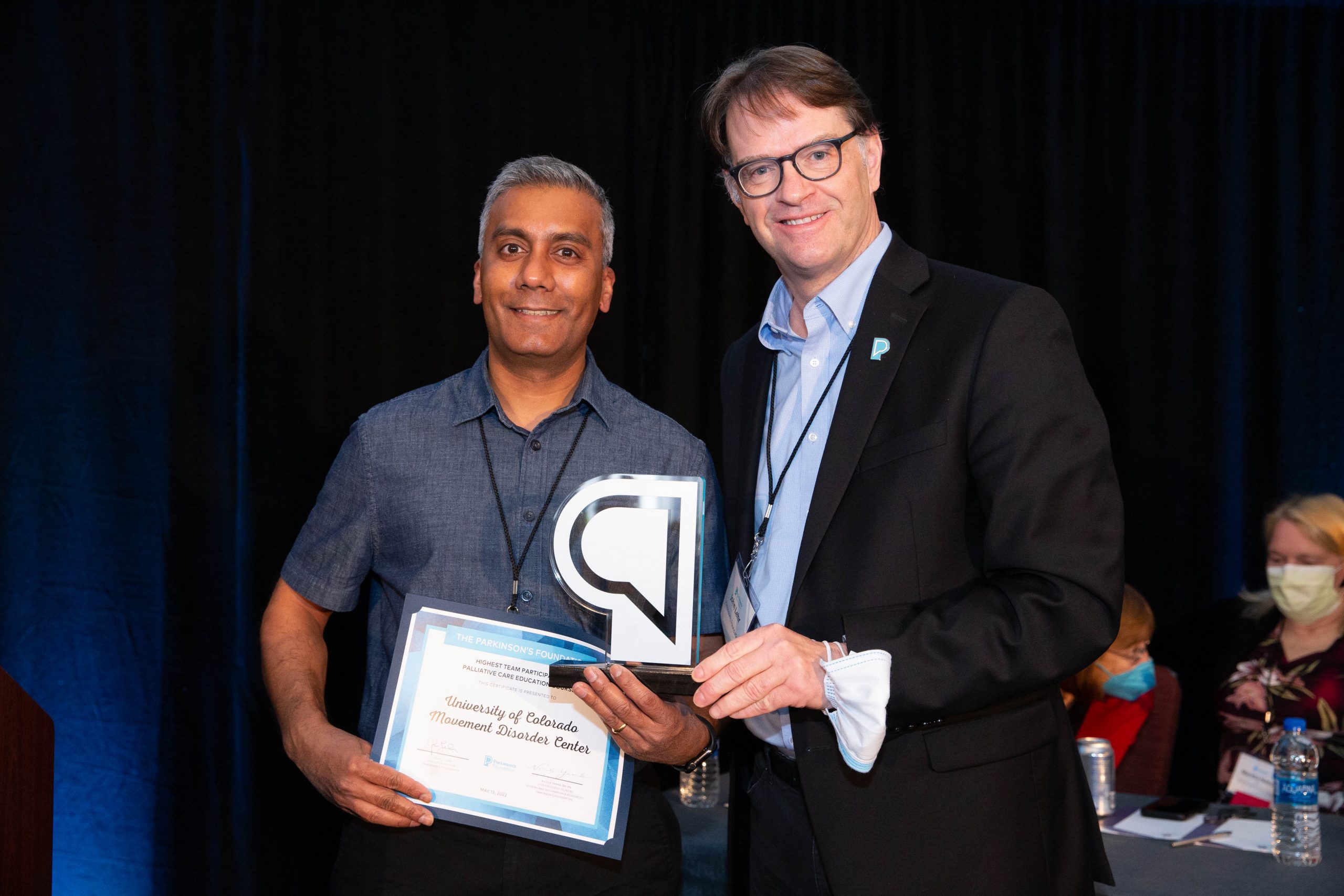 In 2020, the Parkinson’s Foundation launched an initiative to make palliative care a standard practice of care across all Centers of Excellence in the United States. The MDC received the award for being the Center of Excellence (COE) with the most team members who have completed the online Palliative Care Training.

The Movement Disorders Center is honored to receive this award in recognition to our dedication to patient care.

We have a lot to celebrate this month!

Our Boulder team will begin hosting an Annual Parkinson’s Disease Interdisciplinary Clinic. This clinic is designed specifically for individuals with Parkinson’s disease. During this annual visit, patients receive a standardized set of evaluations by their movement disorders specialist, Physical Therapy, Occupational Therapy, and Speech Therapy. The goal is for people with Parkinson’s disease to go through this clinic yearly. This will assist in tracking the progression of Parkinson’s disease more accurately and integrate the perspectives of the interdisciplinary team when offering our recommendations for activity-based and pharmacological treatments. Our hope is that this input will help patients maintain their optimal function and quality of life. This clinic is also offered at our Anschutz Medical Campus.

Congratulations to Michelle Fullard, MD and Isabelle Buard, PhD for receiving the University of Colorado Department of Neurology’s Intradepartmental Grant. This award has been offered since early 2016 to assistant and associate professors. This grant is designed to give the junior faculty a jumpstart on new research years and allows for protected time to prepare a grant application, write a peer-reviewed journal article, develop collaborations and/or perform any other research task that may otherwise be challenging because of time.

Congratulations to Dr. Emily Forbes on her acceptance into the Colorado Clinical and Translational Sciences Institute’s (CCTSI) Clinical Faculty Scholars Program (CFSP). This program enrolls up to five junior faculty members each year. The program helps young researchers obtain grant funding for their career growth or their first independent investigator-initiated project. Often these are K-awards or R-awards which are funded by the NIH. These can also be awards from large non-profit organizations. The CCTSI trains these budding researchers through guided project development, educational seminars, grant writing classes, and mentorship participation. 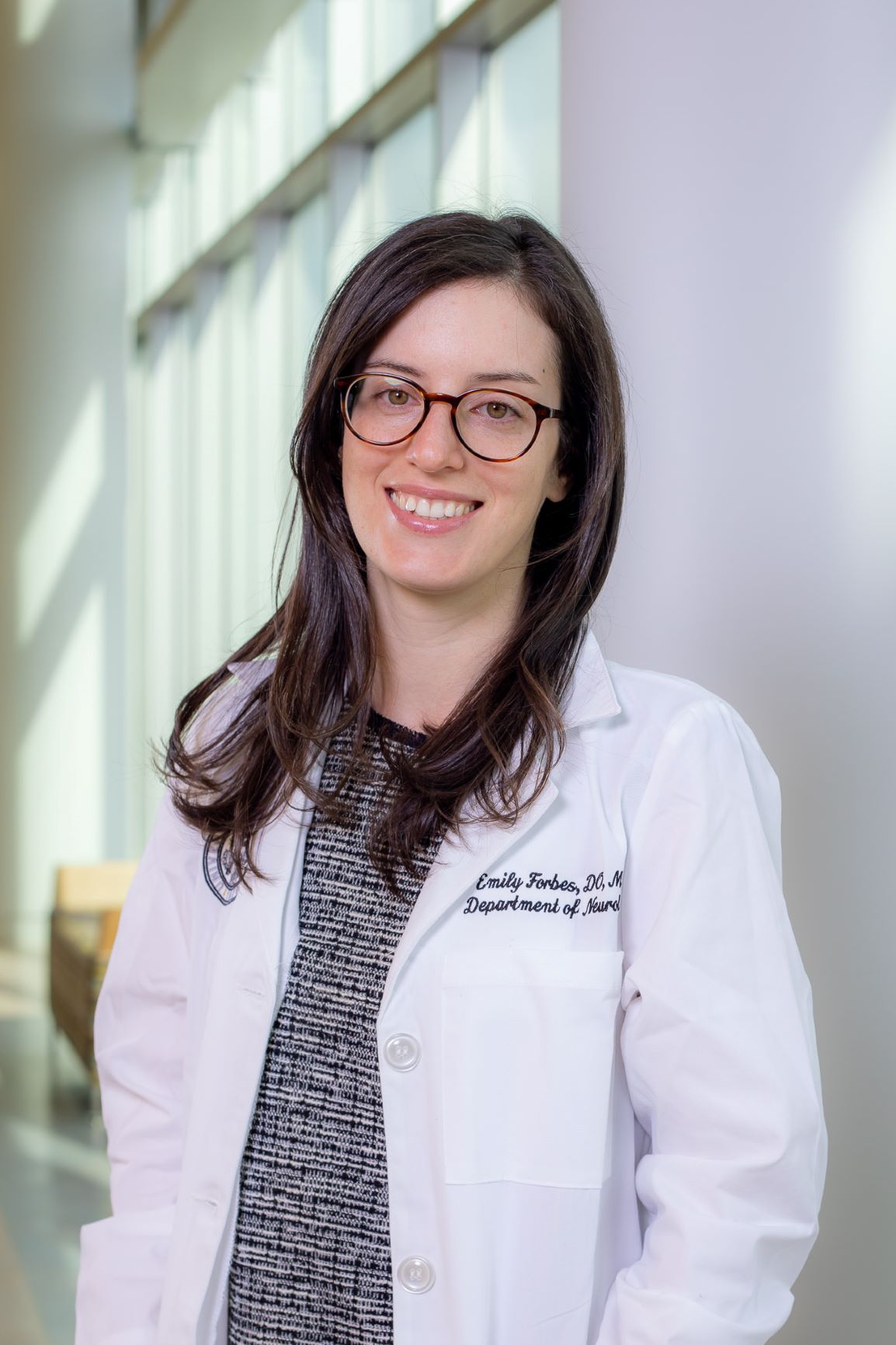 Dr. Forbes’s project will build a Neurogenetics database. The first goal will be to characterize genetic causes of Parkinson’s disease in the University of Colorado’s patient population. She will follow this group over time to see how they respond to treatment based on their genetic variant. She will build this database to include phenotypic (observable characteristics) and genotypic (genetic characteristics) information across different specialties in Neurology. This will lead to a department resource for genetics research. Her long-term aim is to develop a tool to advance fair and the best genetic testing for patients. This will also help to provide thorough genetic counseling. This tool will make clinical trials for disease-modifying treatments available to more patients and quicken the rate of developing new therapies. Additionally, it will widen the availability of clinical trials to patient populations.

Being part of a medical school means that in addition to seeing patients, our faculty are also involved in additional pursuits. One of these pursuits is conducting clinical research related to their field. Most research falls into two categories: clinical trials and investigator-initiated research. Clinical trials are a type of clinical research that aims to determine the safety and effectiveness of the medication, devices, and treatment regimens. Investigator-initiated research starts with new ideas that the researcher comes up with themself. The researcher then is responsible for creating a trial to test their idea and then carrying out the trial. All research must adhere to strict rules and regulations. You can read more about the research here.

In a recent issue of the journal Movement Disorders, colleagues and I published a study examining the relationship between two of the most common ‘non-motor’ symptoms of Parkinson’s disease (PD): decreased sense of smell (olfactory dysfunction) and constipation. It has been known for some time that these symptoms often start several years or even decades before the typical ‘motor’ symptoms of PD, which include tremor, stiffness, and slow movement. Going along with this, accumulation of the abnormal protein alpha-synuclein, which is thought to play a critical role in the development of PD, have been found in the nasal passages and GI tracts of PD patients before it is found in the brain. This has led many to hypothesize that PD may actually begin in the nose or in the gut and spread from there to the brain.

We wanted to explore whether we could find evidence that for some people, PD begins in the nasal passages while in other people, it begins in the gut. We hypothesized that if people had PD originating in the nasal passages only, they would have only loss of smell and not constipation. On the other hand, if PD originated in the GI tract only, they would have constipation but not loss of smell. We looked at data from the Parkinson’s Progression Markers Initiative (PPMI), which collects information from patients who have recently been diagnosed with PD. 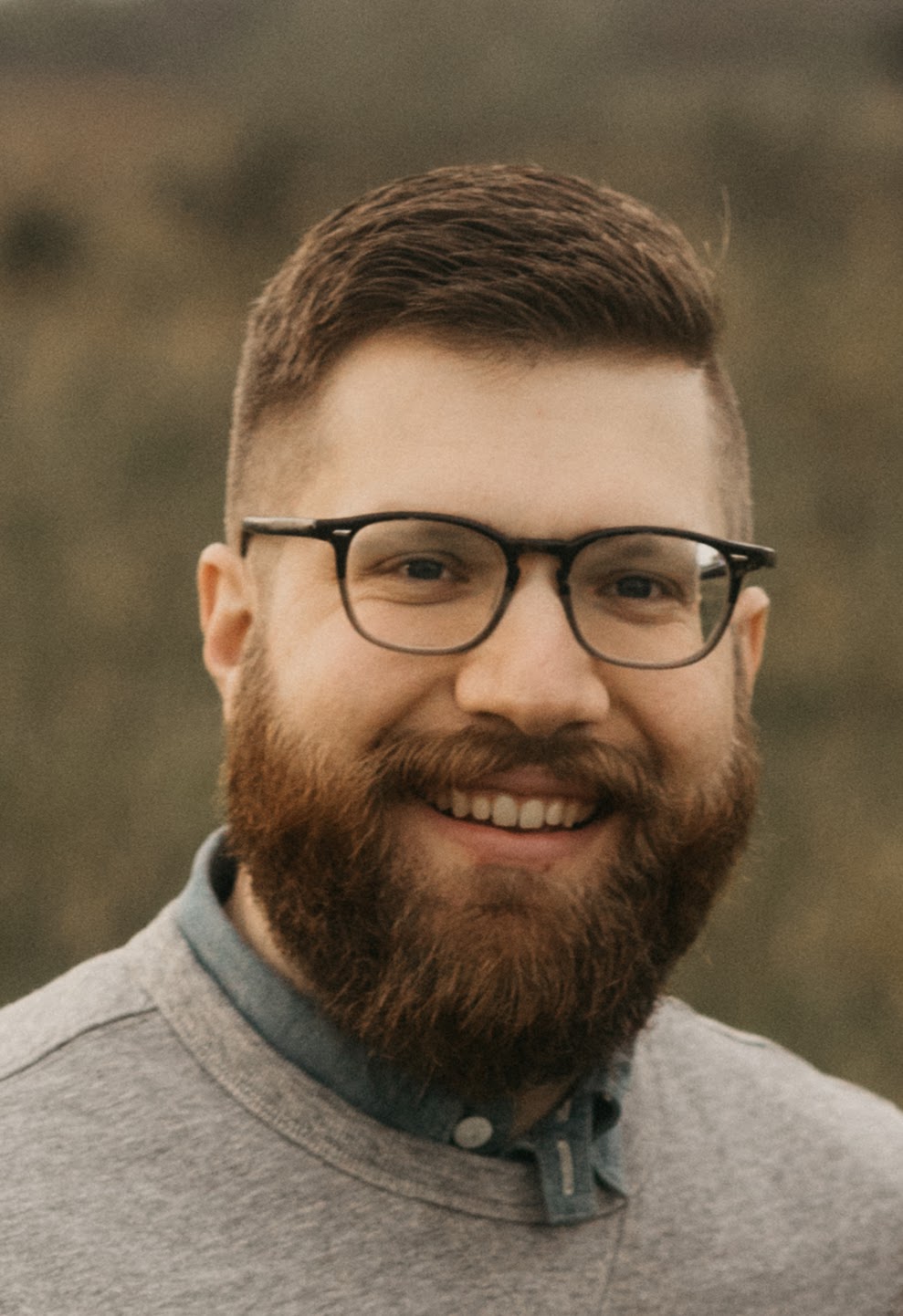 We found that at the time people are diagnosed with PD, they tend to have problems with smelling and constipation to similar degrees. That is, people with worse sense of smell also tend to have worse constipation, and those with minimal loss of smell tend to have mild constipation. This finding actually went against our hypothesis. There may be a few reasons for this. The first is that the time of diagnosis of PD (based on tremor, slowness, and stiffness) may be too late to detect a difference in smell and constipation. Even if PD begins in either the nose or the gut, symptoms in the other location may have already ‘caught up’ with the first. The second possible explanation is that PD may begin in both locations at about the same time. This is called the dual-hit hypothesis, and has gained popularity in recent years. In the future, we hope to expand our research to help elucidate where and when the earliest signs of Parkinson’s occur.

Care Partners: How are you doing?
Use this tool to check in with yourself! 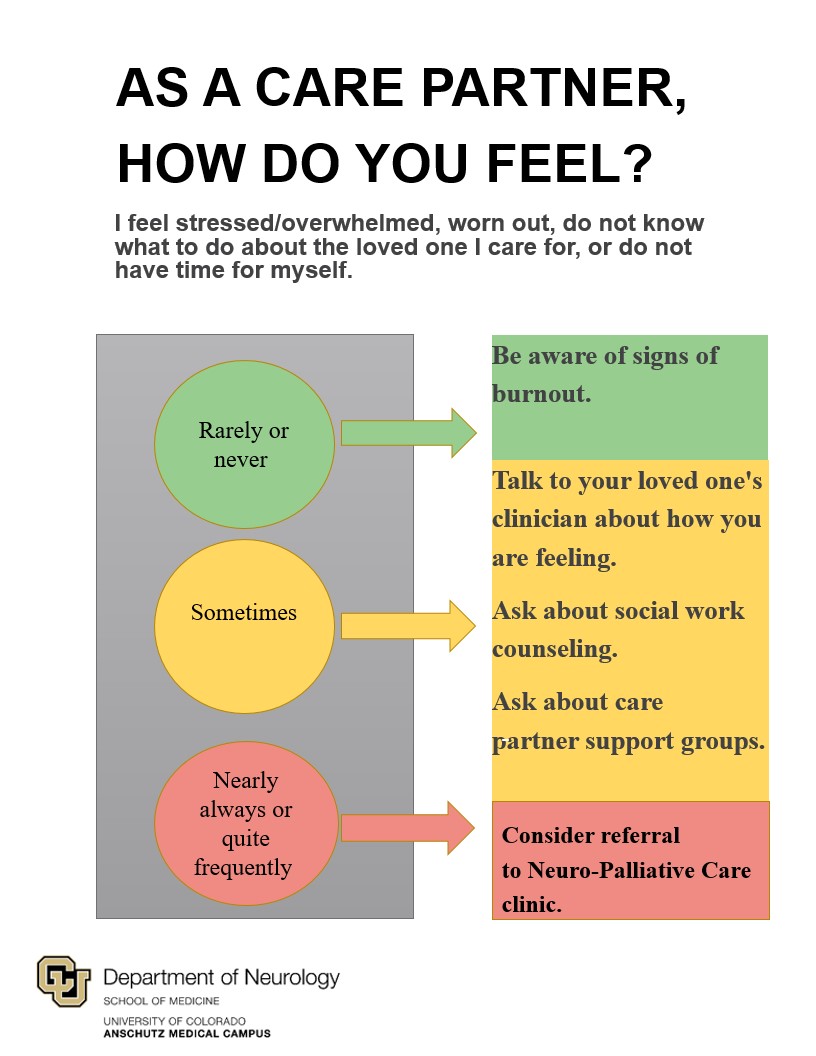